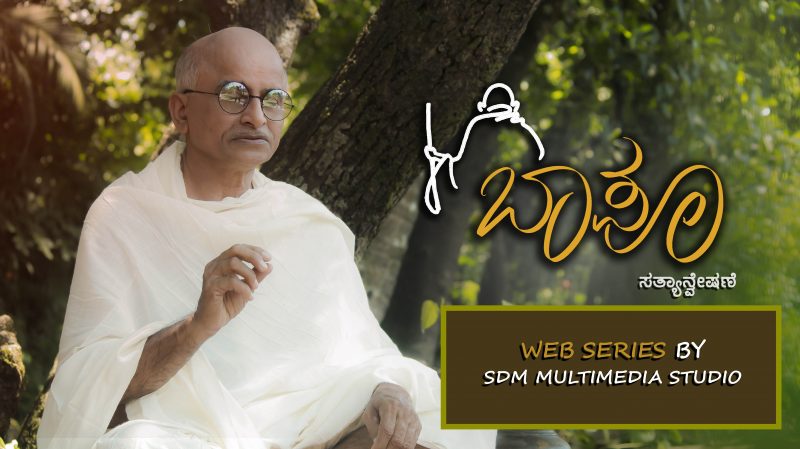 The world has seen leaders of all kinds, but has effectively filtered out a few and revered the rest as timeless role models. What sets the timeless ones apart from the wide sea of influential people is that they looked into the past, foresaw, and advocated ideals that were as timeless as themselves.

Mahatma Gandhi clearly is one of the world leaders whose sustained glory roots itself in timelessness. The principles that he propagated are unarguably idealistic.  In reverence of the same, and with an intention of reviving the life and tales of the Mahatma, the Journalism department at SDM College has initiated a web series named ‘Baapu’.

This series, produced by SDM Multimedia Studio, is a one of its kind visual media production created by the students of SDM. So far (as of September 2019), there are four episodes launched on YouTube and social media with incredible feedback from all kinds of audiences ranging from students to elderly.

Each episode from the series focuses on a particular ideal associated with the Mahatma. The first one speaks about the ideals of truth and non-violence, the second one about Satyagraha, third one about Swarajya and the fourth one is about Dharma. There will be other episodes in the series focusing on similar virtues advocated by Gandhi his entire life.

The series is a rather endearing endeavour as it speaks through little children who are directed towards righteousness in life by the Mahatma himself. The idea of Gandhi coming alive in the context of children’s everyday dilemmas and solving their little problems through the concerned principle makes the series a worthy watch.

SDM Multimedia studio produces a number of visual productions including documentaries and short films, and Baapu is an experimental web series launched during the Gandhi Jayanti celebrations of 2018. Of the many milestones achieved by the students of Journalism, this one surely counts as one of the best! You can watch the series on YouTube or Facebook on the official pages of SDM Multimedia Studio. 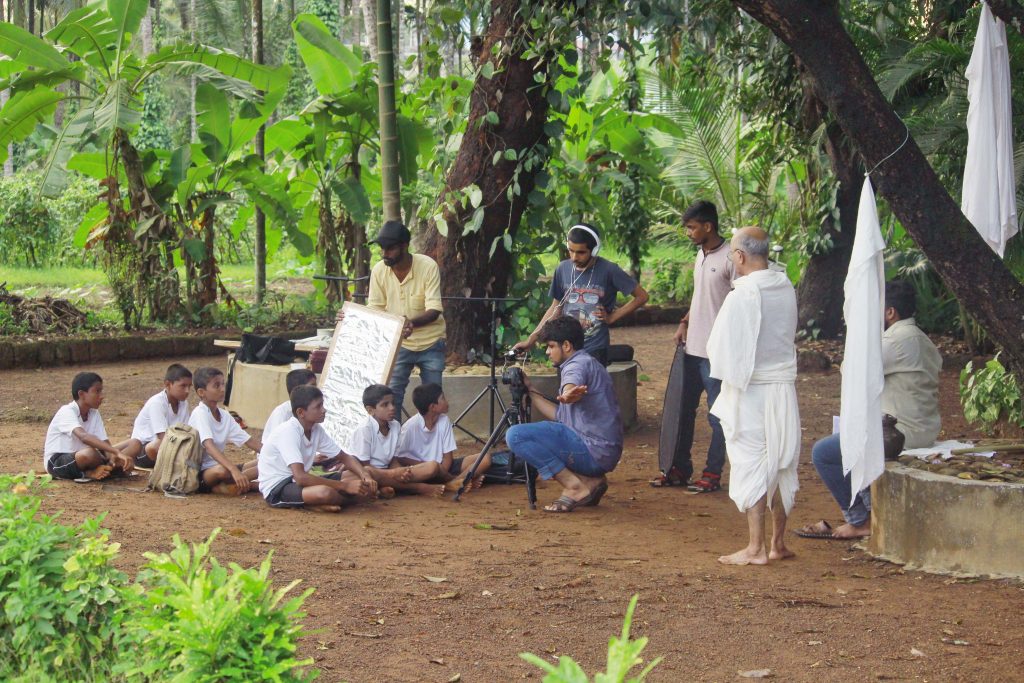