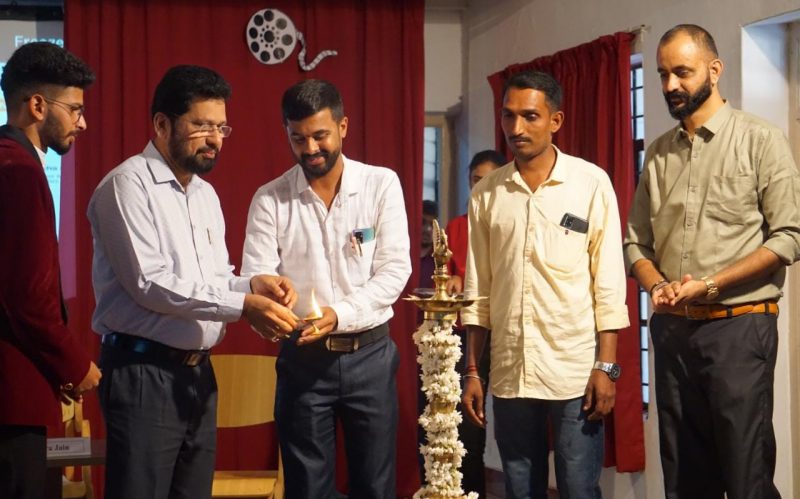 only when the knowledge and skills are applied in practice, the effectiveness of learning is possible, said JCI Belthangadi ‘Manjushree’ President Shankar Rao B .
He was speaking while inaugurating the inter-departmental level ‘Short Film Festival’ organized by the Department of Business Administration (B.B.A.) on December 31 at the Samyak Darshan Hall of the College.

Students should develop divergent thinking ability and skills right from the learning stage itself. All-round development of students is possible through such learning. Besides, it will increase the attitude of patience among the students, he said.Values inculcated in student life last forever. He also opined that organizing such fests will develop leadership qualities and courage.

Dr. Vishwanath P, Dean of Post Graduate Center,  Speaking in the occation, the youth have the instinct to achieve the impossible. Students should be active in this regard. He said that one can become a good citizen with good values, good culture and good behavior. Seven short films made by the students for the short film competition were screened. The short film ‘Virtual Reality’ from the Digital Media and Film Making Department of B.Voc won the first place. Tertiary B.A. The category’s short film ‘Avalokana’ got the second position. Prize distribution took place.