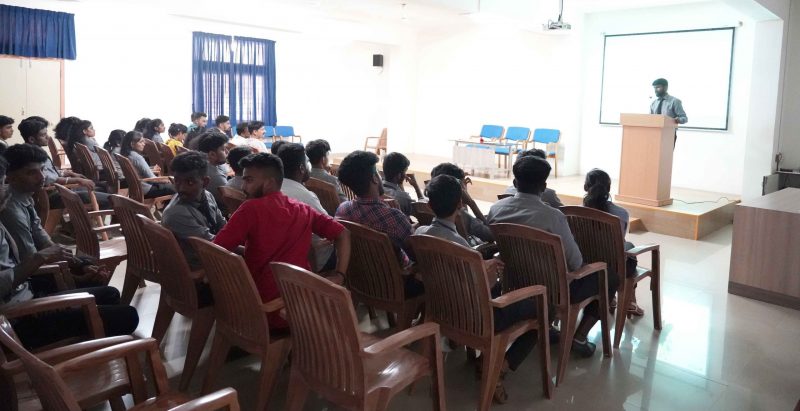 Department of B.Voc in Digital Media and Film Making organized a short film release event on 7th February 2022 where the short film titled “Covid 2021- Yaariguntu Yaarigilla” was released. The event was organized by the Student Association ‘Lumos’. Sooryanarayana K, Assistant Professor from the Department of English at SDM College Ujire released the movie and delivered the chief guest’s address. “Watching a movie is very different from any other entertaining experience; it involves a distinct cognitive process. A film maker has the responsibility of conveying and depicting the right things to an audience that gives him his time,” he opined.

The Director of the short film, Manjunath L from final year B.Voc shared his experiences of making the film. Antony PJ, President of student association ‘Lumos’ was present at the event. The released short film was then screened for the audience.