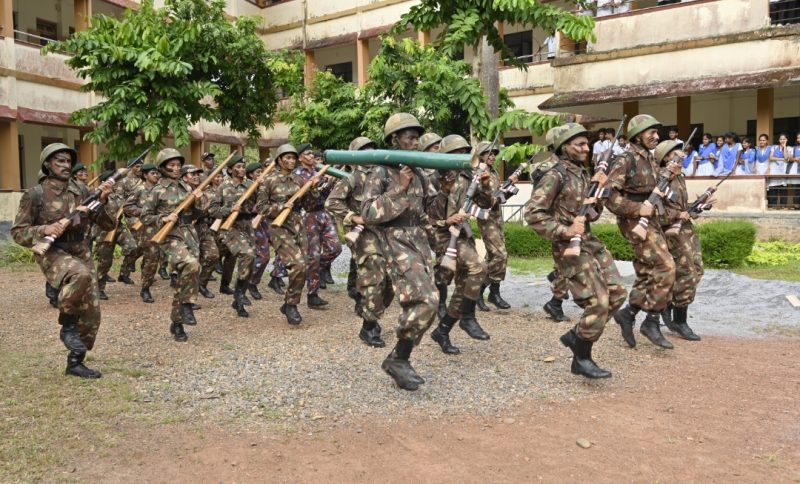 On the occasion of 74th NCC Day, a Section Battle Drill Demonstration was held by the NCC Army Section at the premises of the S.D.M.College on 25th November. NCC (Army) cadets of the college formed three teams and demonstrated the tactics used by soldiers on the battlefield while destroying enemy camps.
The cadets demonstrated how to continue facing the enemy attacks and capture one of the enemy bunkers by using various tactics including arrow head formation, spear head formation, diamond head formation according to the geographical conditions. The audio of the firing was arranged in the background. The properties of the arrays were also addressed.

The cadets under the leadership of Senior Officers of NCC Unit,  Pravardhan Jain and Tejaswini, made a rocket launcher model using bamboo and iron for this mock demonstration, and at the crucial moment of the attack, crackers exploded in them which gave a special touch to the mock demonstration.