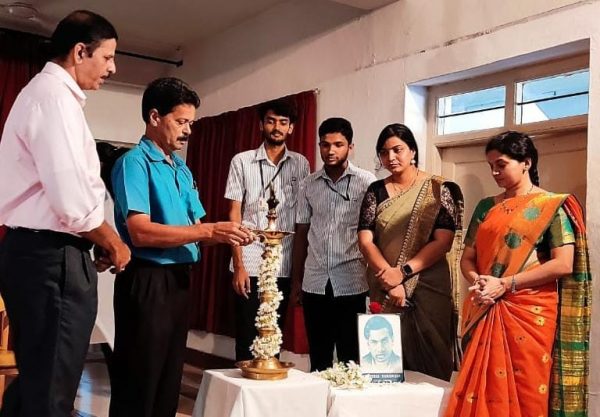 The National Mathematics Day was celebrated by the Mathematics Department of Sri Dharmasthala Manjunatheshwar College here in the college auditorium. A special lecture program and various activities were organized for the students on the 135th birth anniversary (December 22) of India’s famous mathematician Srinivasa Ramanujan.

The Vice Principal of the college Dr. Shantiprakash inaugurated the program and spoke, “Success can be found in life values like discipline, concentration and responsibility. Success can be achieved when we find our interests and study more. Srinivas Ramanujan is an inspiration to today’s young mathematicians.”.

Researcher Ananthakrishna Irvattraya of German Railways gave a special lecture on ‘Importance of Mathematics in Railway Manufacturing’. Later, German officials had a virtual interaction with the students.

Quiz, salutation and poster display competitions were organized for the students. Winners were awarded.