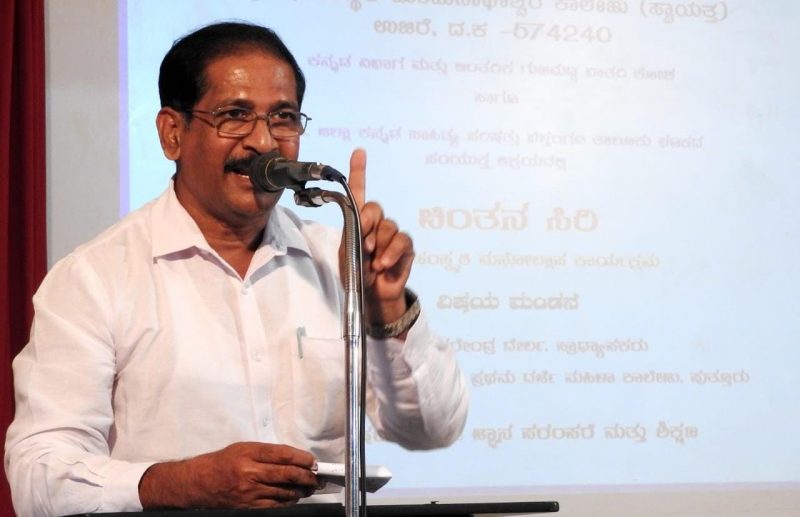 “The education system which was teacher-centred today has not remained parent-centred but has become machine-centred. So we are losing emotional relationships and moral responsibilities,” expressed concern Dr.Narendra Rai Derla, Kannada Professor of Puttur Government First Class College.
He spoke on the theme ‘Desi Knowledge Heritage and Education’ at the ‘Chintana Siri’ Literary Culture Fun event held under the joint auspices of the Kannada Department, Internal Quality Cell and District Kannada Sahitya Parishad.

“Earlier there was a world in villages where one responded to one’s feelings. But in the present times, the relationship and community of the villages is breaking down,” he said, adding that nowadays everything, including the environment is polluted. The mind is also not exempt from this. He opined that it is important to give a non-toxic environment and mind to the next generation. “Finding a way to fill the void in our heritage is imperative to handing over a sustainable land to new generations. “Experience comes not only from truth, but through association and association,” he asserted.