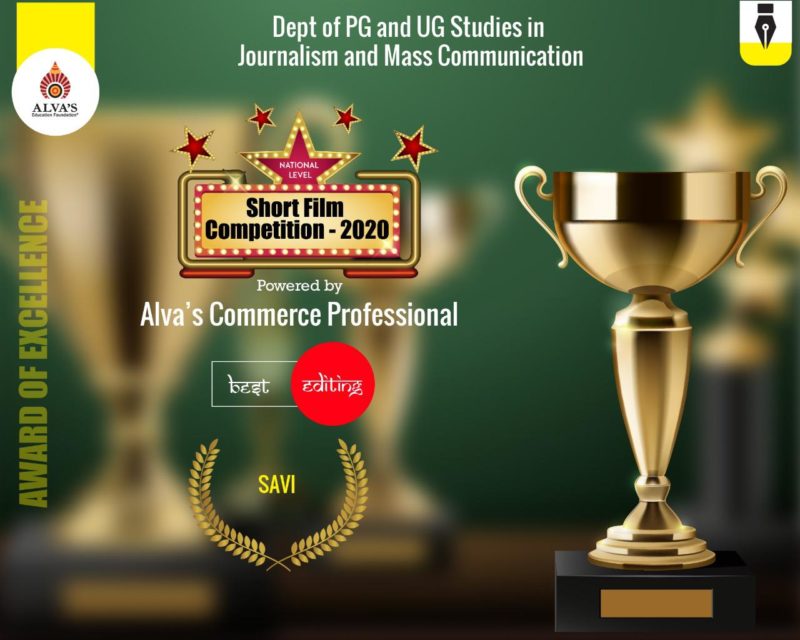 Students of Digital Media and Film Making have won a National Level Award for their COVID-19 themed short movie, Savi. The movie has won the award for ‘Best Editing’ at the National Short Film Competition held by the Department of Journalism at Alva’s College, Moodubidre. The Editing of the short film was done by Shiljo, a student of B.Voc in Retail and Supply Chain Management. Antony PJ from Digital Media and Film Making has directed the film alongside a team of students from the same batch.