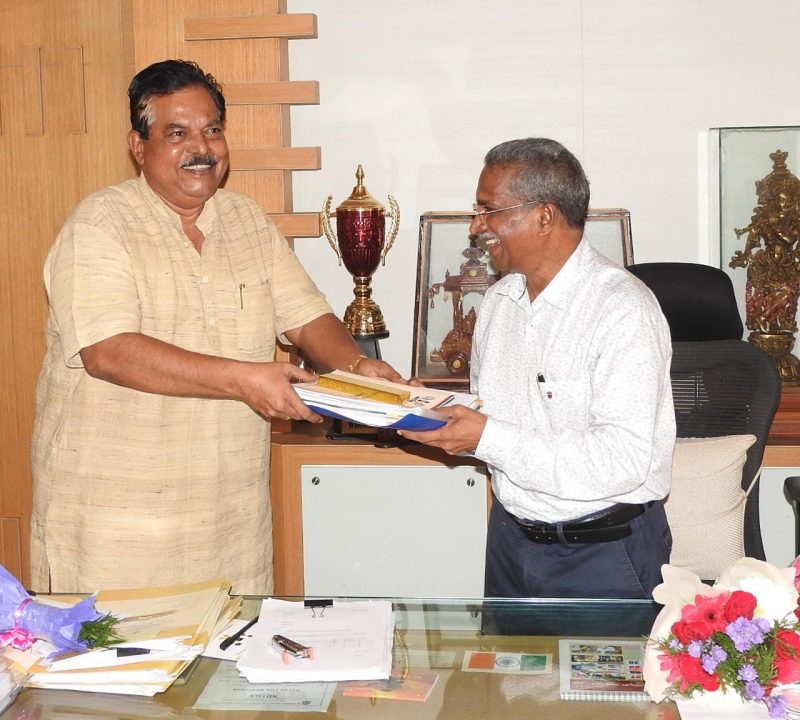 Dr. A Jayakumar Shetty who has been working as a Professor of Economics for the last 38 years, he also served as Head of Department, Dean of Arts and Vice-Principal and is now promoted as Principal.Dr. A. Jayakumara Shetty, who belongs to ArkulaBedu family of Mangalore Taluk, he did his schooling from Arkula Sri Rama School, his graduation from Mangalore University College and his Masters in Economics with the Rank from Mangalore University.

After his post-graduation he joined the service as a teacher at BBM CollegeMangalore in 1985, then he transferred to SDM college Ujire. He obtainedPh.D. from Karnataka University and Post Graduate Diploma in Personnel Management and M.B.A. from BharatiyaVidyaBhavan. He is also the official research guide of Development Studies of Kannada University and Department of Economics of Tumkur University, 8 researchers have completed Ph.D. under his guidance, currently four students are engaged in research.

He has completed three sponsored research projects and has more than 50 research articles published in national and international journals. He has presented more than 50 research papers in national and international conferences. He has published 10 books on economic development, rights-based development, inclusive development, international trade and Siri among others. He has also served as the Chairman of Mangalore University Rural Development Study Board and as the Chairman of Mangalore University Economics Union. In Ujire he served as National Service Project Officer in SDM College and received the State Award for Best Project Officer, honoured as District Best President for outstanding social service as Rotary Club President, his columns are published in newspapers on contemporary economic issues.