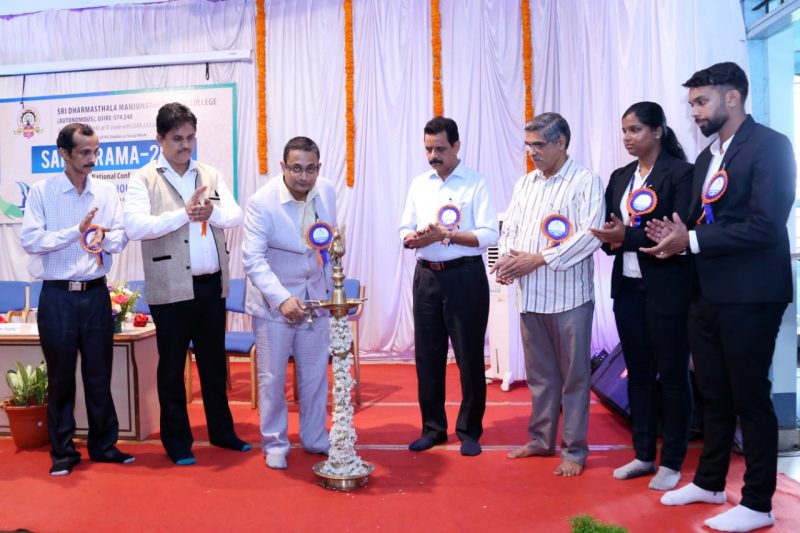 The current year Sambhrama which was held on 19th & 20th September, 2019 on theme “Civic Consciousness – The obligation for an appease life” aimed at the pertinence of an awareness drive that needs to be comprehended by every individual who should become instrumental in pursuing and attaining the desired output there by make it an obligation to shoulder a highly promotional civic consciousness for an appeasing life inculcating social responsibility through sensitizing community at large.

The beneficiaries of the Conference included Professionals, academicians, research scholars, alumnis, and students of various disciplines, field practioners & other stakeholders which had outranged up to 250 delegates. There were 12 colleges from the various parts of Karnataka. 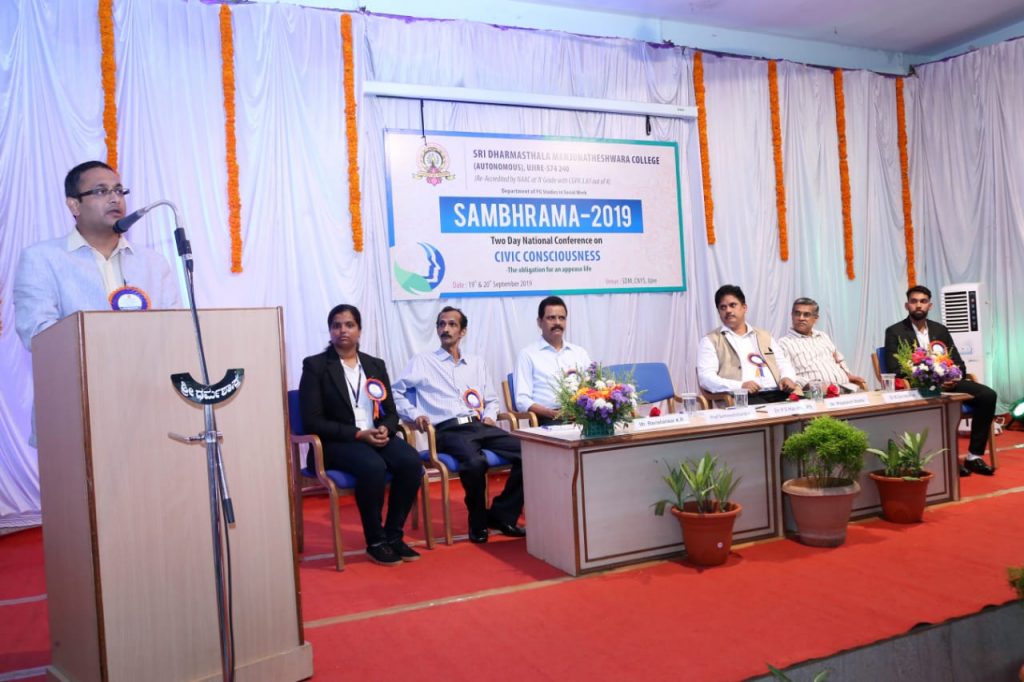 The Inaugural ceremony started at 10.00AM and was inaugurated by Dr PS Harsha, IPS, Commissioner, Mangalore City Police. The other honourable dignitaries’ of the dias were Dr Prashanth shetty, Pricipal SDMCNYS, Ujire. Prof Satheeshchandra S, Principal, SDM College, Ujire presided the programme and Dr B Ganapayya, Dean PG Studies, Prof Ravishankar K R, HoD & Organising Secretary, Mr Neelakanta S B & Medha L, Student Co-ordinators of the event,  SDM College, Ujire. The inaugurator spoke about the how people should focus on the conservation of the divine Mother Nature. The Chief Guest, Dr Prashanth Shetty appreciated the department of MSW in terms of choosing the theme Civic Consciousness and enlightening the people on civic sense. Prof Ravishankar gave introductory note on Sambhrama, Ms Swathi B, Asst Professor & Organising Secretary introduced & welcomed the guests and gathering where in Ms Chitra B C, Asst Professor & Organising Secretary rendered vote of thanks. The inauguration ended by 11.30AM.  The key note address was taken by Mr Sudheer Hegade, Anti- Corruption Bureau, Mangaluru from 11.00AM- 12.30PM followed by Poster Presentation Competition on the main theme of Sambhrama. 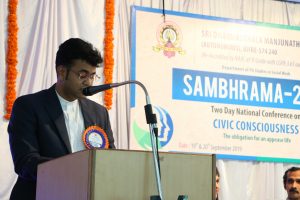 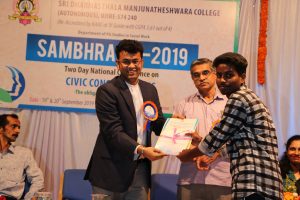 Competition -2, Variety was held at 4.00PM, various students of various colleges participated in the event followed by cultural programme at 6.45 by hosting college students.

Sambhrama day 2, the technical session 1 on theme “ Civic Consciousness as a paradigm for social development” was handled by Dr(Fkt Lt) M A Balasubramanya, Secretary, SVYM. At 11.30PM paper presentations of students and faculties were done in two sessions on theme and sub themes of Sambhrama. 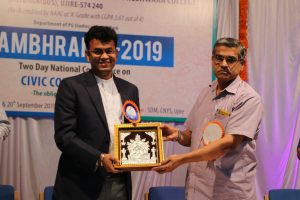 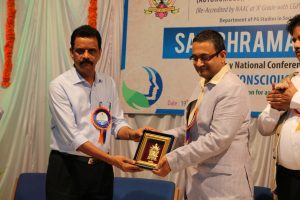 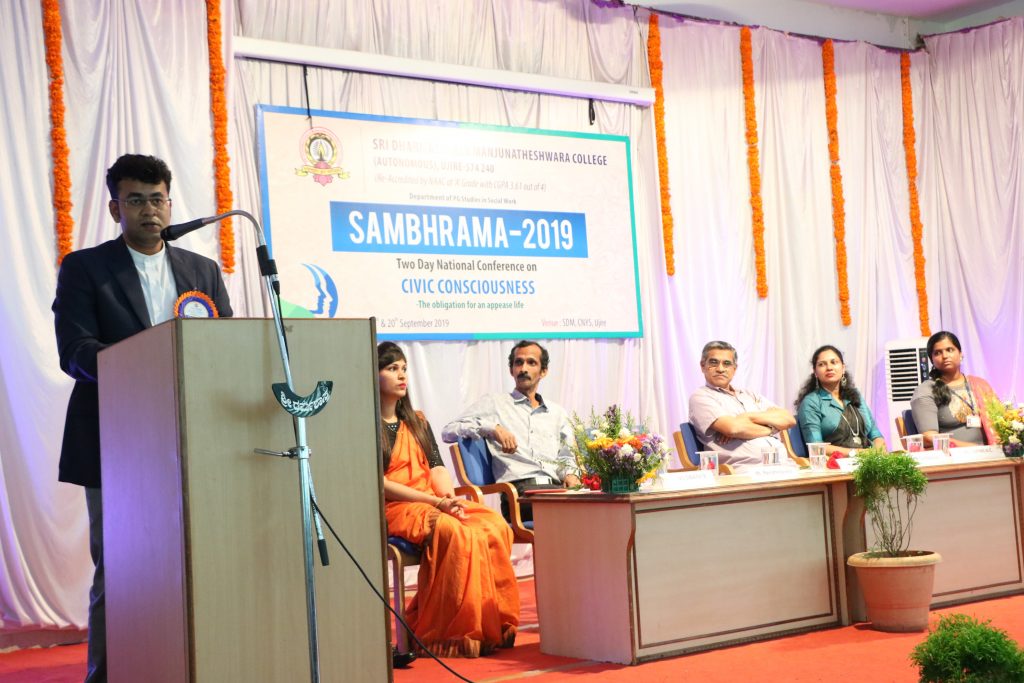