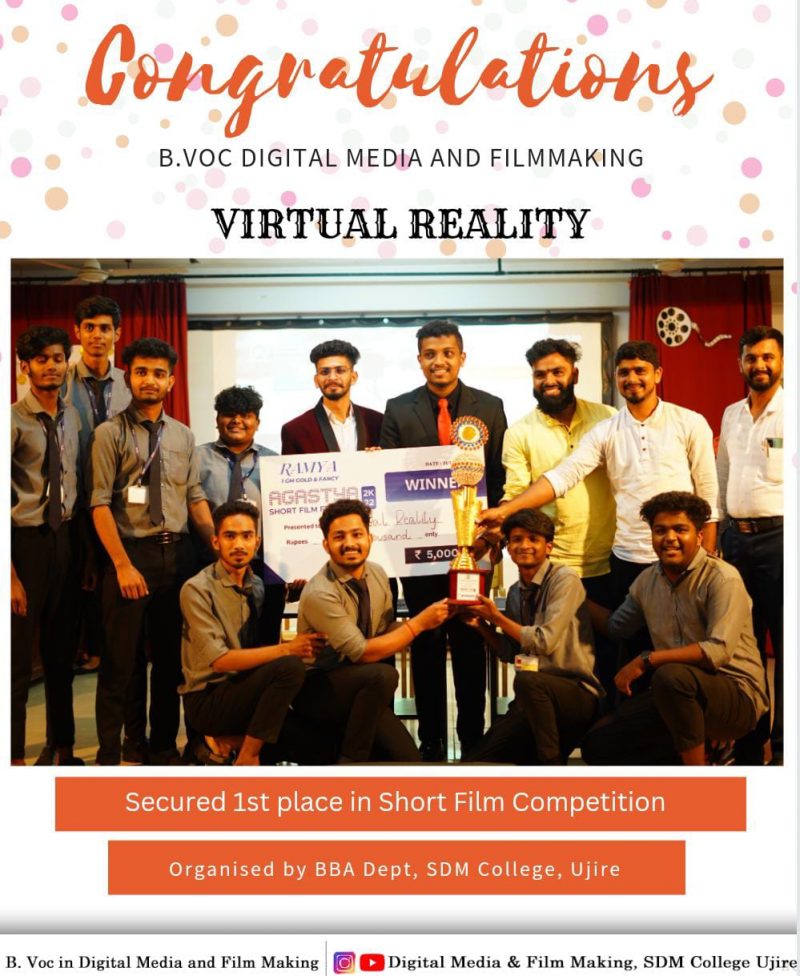 ‘Virtual Reality’ a short movie produced and created by the students of B.Voc in Digital Media and Film Making has won the first place at ‘Agastya’, a short film competition organized by the department of BBA and the Hobby Circle at SDM College Ujire. Out of seven finalists, the team has won the first place.
The films were themed on social awareness. ‘Virtual Reality’ focuses on social media awareness. The team has won a trophy and a cash prize of INR 5000/-.